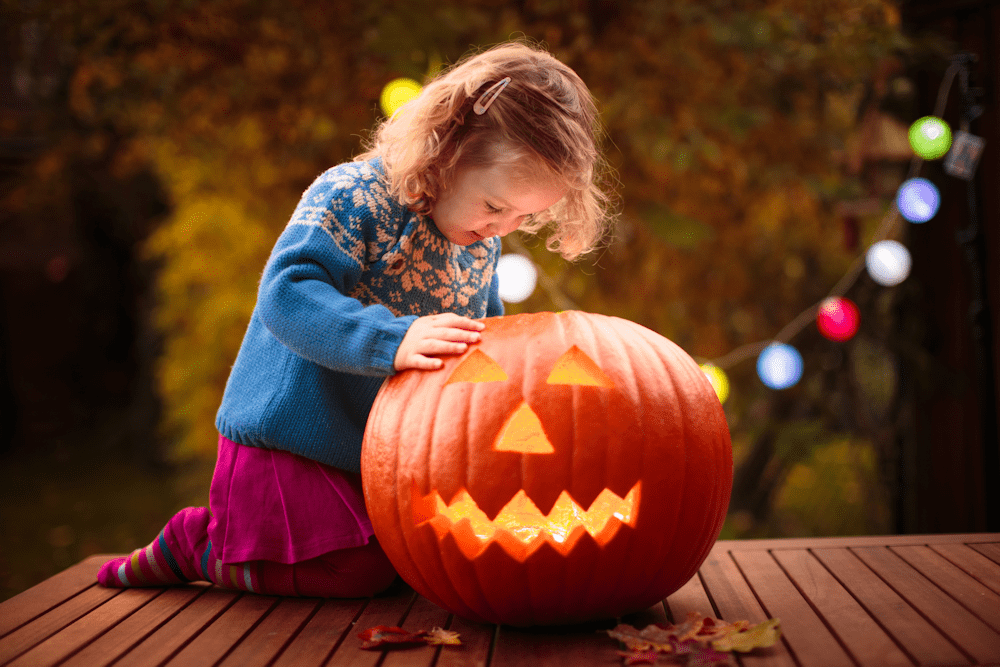 Nothing says autumn more than a beautiful, orange pumpkin, but this most beloved symbol of fall is hiding some fun little secrets. Think you know everything there is to know about these great big gourds? We wanted to SHARE some fun facts about pumpkins!

Pumpkins are fruits, not vegetables

Fruits are considered to be the part of the plant that has seeds on the inside. By this definition, a pumpkin is definitely a fruit. They’re a member of the gourd family, which includes other fruits like watermelon and winter squash.

Despite our modern-day obsession with pumpkin pie this time of year, it was nowhere to be found at the original Thanksgiving feast of 1621. Pilgrims wouldn’t have had butter or flour for making pie crust, let alone an oven for baking. Some historians speculate that the Pilgrims may have hollowed out pumpkins to fill with milk, spices, and honey for a custard-like dessert, but even this has never been proved.

Early jack-o’-lanterns were made by carving turnips or potatoes — not pumpkins. The Irish and Scottish used them as part of their pagan Celtic celebrations, while the English did the same thing, just with beets instead. In fact, the tradition of the jack-o’-lantern stems from the Irish legend of a man named Stingy Jack who was known as somewhat of an unpleasant trickster. Immigrants brought their carving traditions to America but found that pumpkins were a much easier alternative.

Pumpkins are grown on every continent except Antarctica. They even grow in Alaska.

More than 1.5 billion pounds of pumpkin are produced in the U.S.

And 80 percent of this crop are picked within one single month of the year — October. The top-producing pumpkin states are Illinois, Indiana, Ohio, Pennsylvania, and California. In fact, Morton, Ill., is the self-proclaimed “pumpkin capital” of the world because it’s home to the Libby’s corporation.

Pumpkin seeds as snacks
The average-size pumpkin contains about 1 cup of seeds.

To roast seeds: Separate seeds from the stringy pulp and run them under cold water (a colander works well here). Then carefully blot dry. Preheat oven to 250ºF. Make a seasoning mix with butter or oil and your favorite dry seasonings. Try Cajun, taco, simple salt and pepper or whatever you’re feeling. Bake for about 45 minutes, then increase the temperature to 325ºF and bake for another 20 minutes or longer — until seeds are crispy. Stir a few times during baking.

How do you store pumpkin seeds for next season?
Once your seeds are thoroughly dry, place them in an envelope or brown paper bag. Label it with the date and details about the pumpkin. Store your seed envelope in a cool, dry place until planting time. Some people keep them in the refrigerator if they don’t have another suitable place.
Your jack-o’-lantern won’t make a good pie
Those oversized pumpkins you pick up at the roadside stand are bred for size, not flavor. Farmers know that most people buy pumpkins that they can carve, so they don’t worry about their tastiness. If you plan on using fresh pumpkin to cook, pick up a Cinderella, Pink Banana Squash or Sugar Pie pumpkin variety. A 5-pound pumpkin should yield two pies.

The largest pumpkin pie ever made was 20 feet in diameter and weighed 3,699 pounds. It was made in September 2010 by the New Bremen Giant Pumpkin Growers (USA) at the New Bremen Pumpkinfest in New Bremen, Ohio.

National Pumpkin Day is an unofficial holiday that is celebrated annually on Oct. 26. The holiday serves as a day to give thanks for the squash that have been such an integral part of North American heritage. It’s also a convenient day to carve a pumpkin since most pumpkins will hold up a few days before Halloween on Oct. 31.